Every once in a while I receive audio communication from Mekelle. This was a summary of what they told me of the situation on August 19,2021. Starvation, lack of healthcare, and the continuing blockade to help the situation continue.

Ayder Comprehensive Specialized Hospital of Mekelle University
This is normally the tertiary hospital for Tigray and surrounding regions having a catchment area of about 10 million. It is part of the second largest medical school, research center, and training center for medical specialties in Ethiopia. Although civil non-violent actions stopped complete destruction of the hospital by Eritrean and Ethiopian National Defense Forces the hospital now is almost at a standstill.  Having no antibiotics, no insulin, no cancer medications, cardiac medications, working ICU, no c-section or blood transfusion for delivery, no ambulance service the population of Tigray has been rendered to having essentially without healthcare. No laboratory equipment, x-ray machine, anesthesia machines work anywhere in Tigray. From smaller hospitals most of the equipment was taken as war booty to Eritrea. Many hospital were ransacked and bombarded by artillery. There is very little diesel available to run the hospital generator.

Currently the hospital being overwhelmed with many patients lying in hall ways with starvation victims. Children especially are the most vulnerable so they make the majority of victims. There are outbreaks also of COVID-19 and other viral diseases because no immunizations are available. Recent outbreaks of rabies have occurred because hungry vicious dogs are roaming the streets. Ayder has no rabies treatment available. There is only few intravenous bags left and those are being used to try to help infant and child victims of starvation. There is now a World Health Organization team in place to assess and assist but their pleas for help are ignored by the Ethiopian government.

Everyday more victims of abuse both male and female are coming to the hospital for counseling and care. High numbers of families are disconnected from others trying to find their loved ones.

The staff and physicians of the hospital and university have not been paid for three months. The food supply is gradually deteriorating and is much worse in the countryside. Ethiopia blocked planting and killed livestock during the occupation of Mekelle. Stores of seeds, fertilizer, farming equipment were taken as war booty to Eritrea.

Condition of the Tigray Power Supply -19August 19, 2021
Electric power remains out in all of Tigray. There is a very sparse supply of fuel for any generators and when available it comes at a high price.

The Tekezé Dam normally has four turbines that produce 300 mw of electricity through a 105 kilometer transmission line to Mekelle. It was severely damaged by the Ethiopian National Defense Force and Eritrean forces leading up and during their occupation of eastern Tigray. Now I am informed that work is going on to at least partially repair the damage. Apparently the current water level is not high enough to make use of what is currently functional so they are hoping with more time the level may rise. Significant components need to be replaced but this blocked by the Ethiopian blockade. They are hoping some interim repairs will allow partial function when the water level rises from the rainy season.

The Ashegoda wind project  was similarly sabotaged by Eritrean and Ethiopian National Defense Forces. This wind farm close to the Mekelle airport can produce 120 MW power out of 30 turbines that can meet the needs of 3 million people in Tigray. I am informed that vital parts have been damaged or stolen and then taken to Eritrea. In order to repair these vital structures supplies and expertise must be allowed past the current Ethiopian blockade. 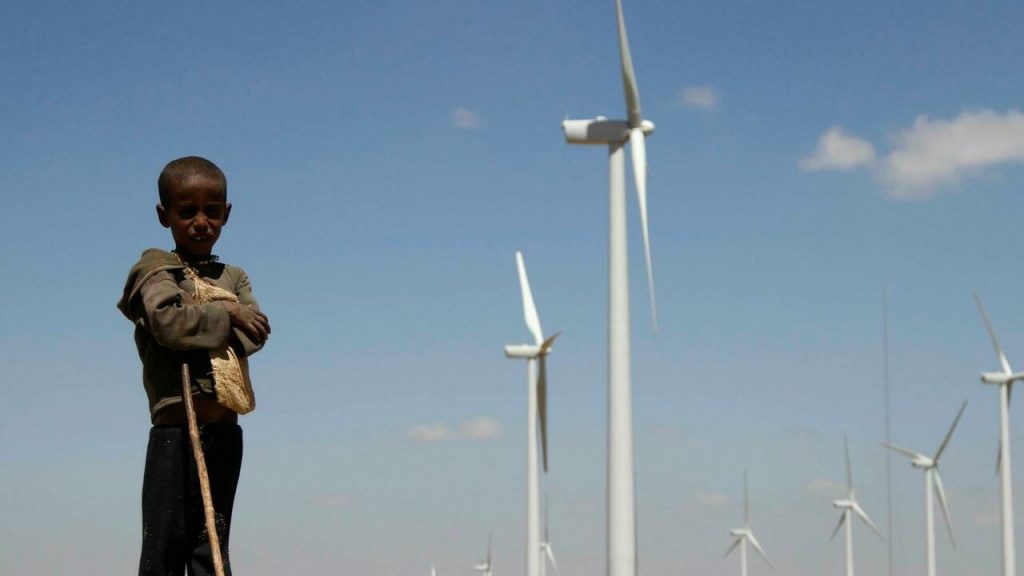