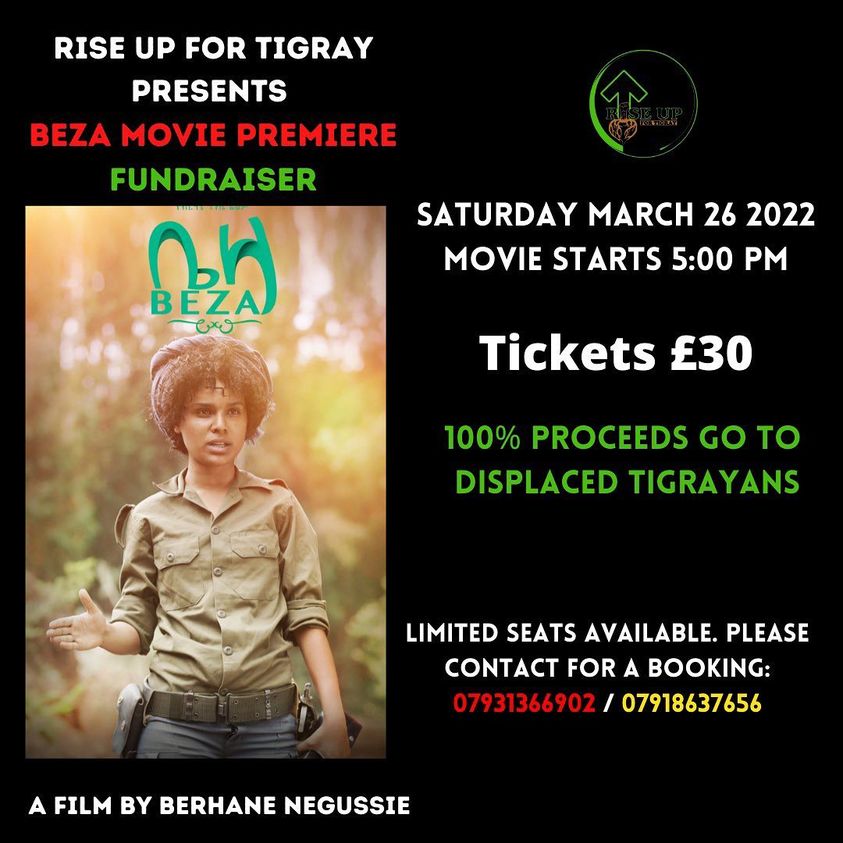 Rise Up Tigray, an British diaspora group, is showing the 2017 film, Beza, in London on March 26. Set in the time of the desperate struggle of the Tigray against the Russian backed Derg Regime it tells the story of a women TPLF fighter’s courage and sacrifice for her people. The inclusion of women as fighters and leaders in the long struggles of the Tigray people has played a major role in their resilience and survival. The study of the Tigray revolution against the Derg Regime found in in John Young’s book, Peasant Revolution in Ethiopia the Tigray People’s Liberation Front, documented this cultural strength.

Many Tigray diaspora are advocating showing this film in other locations as a part of telling the world about who the Tigray are and understanding their struggle for freedom and autonomy through the past two centuries of Amharic monarchal rule and then the Amharic expansionist movement.