The Southern Republican defiance of the science and actions to benefit the American people reminded me of the Biblical story of Moses and the Pharaoh.

As children in Sunday school many of us learn the story of the events that lead to the exodus of the Hebrews from Egypt as described in Biblical book, Exodus. For hundreds of years the Hebrews were held as slaves to be used for manual labor. Their leader Moses who most of his young life had thought he was Egyptian but then by chance finds out his origins are really Hebrew. He discovers the Hebrew life of toil and worship during a temporary exile so as ordered by God when he returns he wants to convince the Pharaoh to whom he was an adopted brother to release the Hebrews from bondage.

The Pharaoh refuses and this leads to Moses and his brother Aaron working with God to give a total of ten plagues including turning the Nile to blood, diseases, insects, burning hail, etc. However Pharaoh is so stubborn that he thinks he is a god himself to whom no one can give orders despite these manifestations of God’s power that he still refuses to let the Hebrews go. Well at this point God has had enough. When Pharaoh plots to kill every first born Hebrews God turns it around so that an Angel of Death kills all the first born Egyptians. Pharaoh is convinced to let them go but decides on the advice of his scorned wife that he should chase the exiting Hebrews to kill them. In the end his army is destroyed when the waters God had opened to make a passage through the Red Sea closes on the Egyptians.

Now how is this story relevant to the Southern Republicans? Let’s think of them as being analogous to the Pharaoh. The loving God who wants to protect his people and has allowed man to have intelligence to promote their welfare is Moses. The science of medicine is gifts of the spirit promised to those baptized that help them work to improve man’s lot against disease. Just like the believers in the Bible they can be protected from a plague. Thus the scientists and doctors are God’s work. God has already sent many plagues which here can mean earlier pandemics to teach man a lesson.

But instead these Republicans think they know better than to protect their flock. Like the Pharaoh they think only of personal gain and power. Advocating against good will they intend to make political hay against the well meaning scientists and doctors. Only it backfires because these actions cause the unvaccinated and unmasked, their followers, instead to be harmed and even killed.

I pray that that this sacrifice to the false god of Trump has paid enough of a price that finally they will see they need to see the way, the exodus, to a better place is to be a believer in the gifts of the spirit God has given us to use to help each other. To act out of love for our brothers and sisters not out of selfish personal gain that hurts others. May the Holy Spirt enter them to change their hearts and stop them being hardened like the Pharaoh.

Rather than fighting about personal rights vs public health there is a Christian answer Jesus gives to his followers obviating this prominent protracted conflict about COVID-19 vaccination. Leave the willfully unvaccinated to their fate.

Although a little more than 50% of the adult population has voluntarily chosen to be vaccinated in most of the United States in contrast many Southern and Midwestern states have communities with rates as low at 10%.  There is essentially universal concurrence among medical experts that vaccination will spare millions from death, prolonged illness, and disability with a very low risk of side effects.

Conservative political activists and politicians have redirected the discussion to one that focuses on the dangers of government mandates while ignoring the Constitutionally tested provision to promote the general welfare power of the government to mandate public health measures that are reasonable to protect the population. At this point I believe continued repetitive attempts to “enlighten” the immunization resistors will fail. The Center for Disease control had wanted to reach a 70% percent level of immunization to get to herd immunity which could reduce the epidemic to a rare occurrence.

Jesus in his ministry wanted his followers to make a conscious decision to follow him. Human beings are created by God with free will to sin or to love. To make right or wrong decisions for their own benefit. Being coerced into religion could not lead one to be truly faithful. Taking away that free will reduces one’s ability to willfully act justly.  In the Gospel of Matthew he says if you are shunned by those who do not want  you to visit or listen to you then you have no obligation to continue your effort to convince them. Instead you should “shake the dust of your feet” and move on. This is consistent with Christian morality.

I think this is the way we should deal with the anti-vaccination groups and individuals. If they become ill or die they will bear the burden of their actions. Those that believe in vaccination have the absolute right not to associate with them.

“You can bring a horse to water but you can’t make him drink!”

So yesterday I am in my local Walmart store in Florida which has become the new town square of suburban America. Every five minutes the speaker system throughout the large superstore is announcing that free COVID 19 vaccines are available with minimal waits right now. It was about 6 PM on a sunny afternoon and the store was moderately filled with a heterogeneous group of shoppers of different ethnic groups and ages. I wondered how many of them knew that Florida had become the number one state of new infections over the past week.
I remembered that the Republican party in Florida had said that yes COVID 19 was dangerous but only to seniors and that young people should not worry. Florida Governor DeSantis just a few months ago said the virus was no worse then the flu and that it would not cause significant hospitalizations. Now of course the rising tide of affliction is affecting, hospitalizing, and killing greater numbers of people ages 20 to 40 because the delta variant making up 83% of cases is much more infectious. In Florida this group has had low vaccination rates.
As I walked through the Walmart nobody was wearing a mask. The hand sanitizing station was unattended. Everyone entering the store just passed by it. Then I wondered over to the pharmacy to see if there was a line to get immunized. To my surprise there was none. 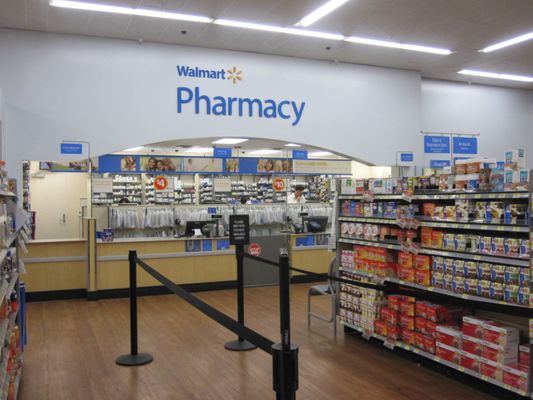 This made me think about an an old saying I learned a long time ago when I was working on ranch in South Texas. “You can bring a horse to water but you can not make him drink!” If we look at vaccination as an analogy to water we can see that the constant barrage by conservatives and other anti-vaxers has created a malignant lie that the water is poisoned. Large numbers of people have been convinced that they should act against not only their own interest but against that of their family, their community, their nation, and even the world. Let us hope that the horse will get thirsty enough to finally take that drink. For this to happen they have to realize that they have become pawns in a political power struggle that cares about winning not about health.
Tony Magaña is Head and Professor in the Neurosurgery Department, School of Medicine, at Mekelle University College of Health Sciences involved in academic neurosurgery practice, teaching of residents, fellows and medical students, and research at the Ayder Comprehensive Specialized Hospital in Mekelle, Ethiopia. Jointly appointed to serve as PhD Candidate Adviser and Faculty in Anatomy and Neuroscience in the Institute of Basic Sciences at the School Of Medicine, College of Health Sciences, Mekelle University. A practicing Episcopalian who has done extensive religious and theological studies he also reflects on their implications in his life having spent the past decade in Ethiopia. Professor Tony Magaña also serves a developmental and educational consultant to industry, NGOs, and educational entities. In this blog he writes about neurosurgery, medical humanity, and how his experiences have caused him to reflect upon them. Having lived for more then 10 years in Ethiopia he reflects on what he has learned and experienced in Tigray and other regions.